As the title tells you, The Three Stooges II is the second title of the series to cover this particular theme, revolving around a comedy group with the same name, which was active a long time ago. This particular slot machine gets a simpler setup, with 3 reels and only 3 pay lines, but keeps the same high-quality design as the first game of the series. Players are offered top prizes of $450 and progressive jackpots.

Just like it’s the case with all the other slots from RTG, you can play this one even if you’re based in the US.

The biggest regular prize is going to award you 450 coins, which means at most $450. The alternative is a progressive jackpot centered around the Three Stooges or one of the other two smaller progressives. 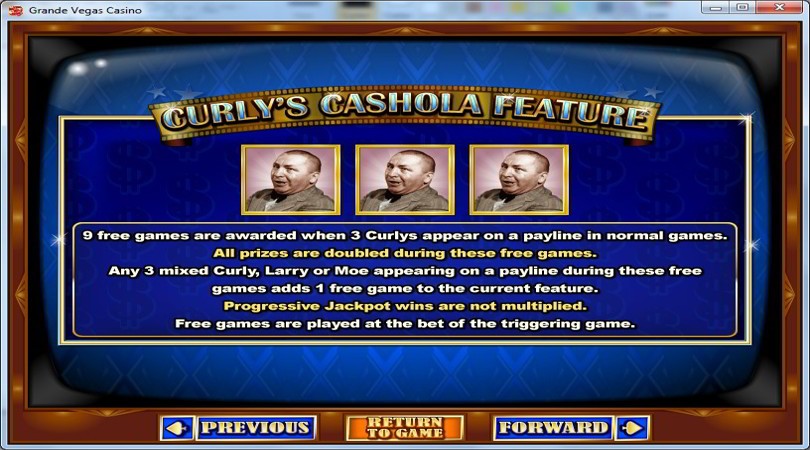 The logo, which shows all three stooges and the name of the game, is responsible for awarding the biggest prize, the progressive jackpot, which is done by forming a combo on one of the pay lines. This is also a wild symbol, so you can use it as a substitute for symbols that don’t have the three members of the band in them. With one wild contributing, the payout is at 3x the usual value. With two wilds in a combo, the prize is worth 9x.

Curly’s Cashola is the first bonus game we’ll cover, which awards 9 free spins whenever there are three Curly symbols on one of the pay lines. These free spins have a 2x multiplier.

The other two characters, with Larry and Moe, can also bring you free spins, and they do it through a ladder feature with six levels. The higher you get on the ladder, the more free spins and bigger multipliers you get. The better one is Moe’s Moolah, which gives you up to 100 free spins and 10x multipliers. 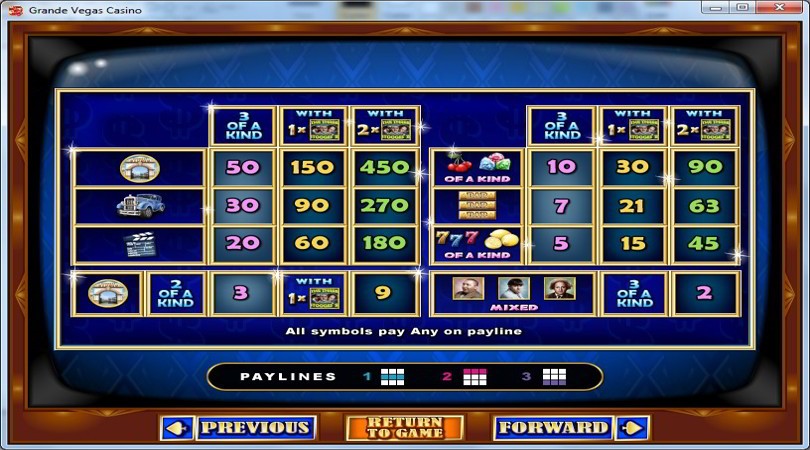 Surprisingly enough, this is a classic slot machine which has the features and the graphics of a modern title. It’s a great looking game, especially if you compare it with other slots that have 3 reels, and not with the recent ones.

No matter if you’re a fan of classic or modern slots, I’m sure that you will love the design in The Three Stooges II. It certainly doesn’t hurt that it offers very good progressive jackpots and features which bring you up to 100 free games with 10x multipliers.